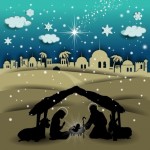 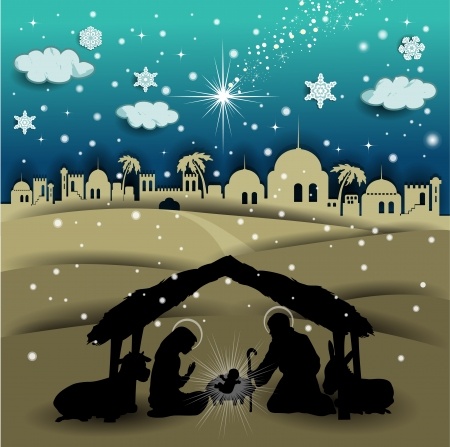 The greatest story that was ever told
has naught to do with soldiers, brave and strong.
It makes no boast of golden treasure found,
nor causes lost, nor valiant battle song.

There is no gallant steed, no damsel fair,
no rousing tale of daring escapade.
No banner bold is hoisted to the sky,
no arrow launched from stony balustrade.

The greatest story that was ever told
does not take place in ancient castle keep,
but in a barren stable, rude and low,
while all the world in darkness lies asleep.

“For unto us a Child is born, unto us a son is given;
and the government shall be upon his shoulder;
and His name shall be called Wonderful, Counselor,
the Mighty God, the Everlasting Father, the Prince of Peace.”

A Gentle Night in Bethlehem

A Savior Is Born