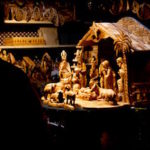 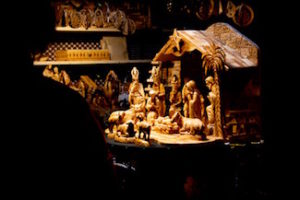 image by Richard Bell on Unsplash

The wonder of Christmas has always been mine.
It was given to me as a child.
Mother told me the tale of that first holy night,
and Christ’s light filled her eyes as she smiled.

She spoke of an angel who came down to earth
to let young Mary know she was blessed.
God’s son she would carry in goodness and grace.
He chose her above all the rest.

“Highly favored,” said Gabriel, yet Mary knew
of the hardship this mission would bring.
Her spirit was willing to yield to the Lord;
in His service, she’d brave anything.

And so it was done, but her husband-to-be
was confused by the role she would play.
An angel told Joseph the virtue of Mary
increased as she chose to obey.

They would call His name Jesus, for He was of God,
born to ransom God’s children from sin.
His life would be humble, but He was a King.
In and through Him, all Hope would begin.

The two watched and waited to welcome the babe,
but Caesar’s demands would not wait.
His census compelled them to travel afar,
so they journeyed to Bethlehem’s gate.

Mary’s burden was heavy, her time drawing near,
with little relief on the way.
Joseph did all he could, but the miles took their toll.
Mary’s pain filled his soul with dismay.

When at last they arrived, the delivery nigh,
not a room could be found, nor a bed.
Would Mary, the mother of Jesus be left
with no pillow for her weary head?

Poor Joseph was desperate; he knocked eery door,
but his pleas made no impact at all.
His faith was restored when one innkeeper offered
the use of his manger, a stall.

Accepting with gratitude, Mary sank down
to the labor that mothers know well.
When she beheld Jesus, the light in His eyes
entered into her spirit to dwell.

In the heavens, a glorious star lit the sky,
just above where the infant was born.
For Mary and Joseph, pure joy was the package
delivered that first Christmas morn

Loving parents attended the baby divine;
while in fields, shepherds tended their sheep.
Imagine their awe when a chorus of angels
aroused them from slumber so deep.

“Glory to God in the highest,” they sang,
“and on earth, peace, good will toward men!”
A Savior is born to mankind, Christ the Lord!
Go and seek Him in old Bethlehem.

As wonder grew wings on their feet, grateful shepherds
proceeded with haste to the scene.
Their wide eyes bore witness. Messiah had come
in the form of one small, newborn King.

He was reverenced by Magi who came from the East
bringing gold, frankincense, and sweet myrrh.
These powerful men knelt and worshipped the child,
snubbing Herod, whose aims were not pure.

For Herod feared Christ would exceed him in power.
His small mind could not understand
that the mission of Christ would be infinite, boundless:
eternal salvation for man.

Thus, protected until the time came for His end,
Jesus Christ taught mankind how to live.
His pains in the garden and death on the cross
were the last acts of love He would give.

My mom’s voice went still, lingered on like a hug––
a warm hug. It was magic to me.
Her words left such wonder; her eyes glowed with truth
and a feeling of sweet mystery.

She gave me a snow globe, illumined and crafted
with sparkling bits all a-swirl.
Inside was her gift to me: Mary and Joseph
and Jesus, the Light of the World.

One bright nativity…more than a memory…
Jesus, the Light of the World.
∞§∞

Thanks, Mom, for planting the seeds of testimony that have allowed me, with our Savior’s help, to walk through the challenges of life on earth with a measure of grace. And thanks for making Christmas my favorite season…the most wonderful time of the year. I love you.

Those who enjoyed this poem may find that my poem, Little Bits of Heaven resonates with them as well. You can also access many other Christmas poems, both nativity and otherwise, by clicking that heading on the left of this page or on the front page of this site, or selecting one of the Related Poems below. # nativity poem

A Gentle Night in Bethlehem

Musings on a Manger