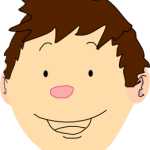 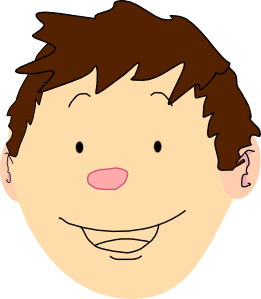 I’ve got the nose of Uncle Gene,
the eyes of Grandpa Fred,
the mouth of Aunt Virginia, and
the chin of Cousin Ted,
the hair of Grandma Applegate,
the Okelberry ear…
I hope they never take them back.
My head would disappear!

Quite a quandary for this young man, isn’t it? Let’s hope his relatives don’t decide to make a run on his various “borrowed” features any time soon. Mom probably wouldn’t appreciate having him do a disappearing act at this tender age…and his school might not be too happy, either.