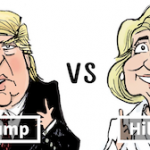 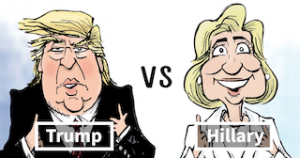 Donald J. Trump,
too often a chump.
Both his hair and his skin
are a trifle too thin.

Hillary Clinton,
determined to win one.
Her perception of truth
is a little uncouth.

John or Jane Doe,
nominees we don’t know.
We wish they were running,
and that ain’t just funning!

This poetic form is called a clerihew.
Great tool for political commentary.

No one I know of is particularly happy with the political choices we are offered come November. What puzzles me most is how we came to be in such a predicament, nominating two of the most unpopular and disrespected candidates in history. What does this say about the good sense (or lack thereof) of our citizens? And what can we do to remedy a situation where the worst of us can rise to the top so easily?

Insomnia: Once Upon a Snore