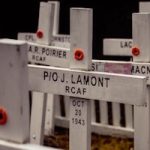 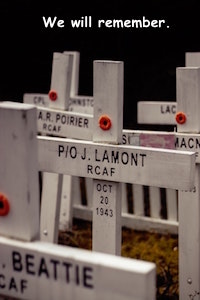 image by Maxime Dore on Unsplash

The parched soil drinks their holy blood.
They lay their bodies down like wine:
last dregs of fleeing innocence,
surrendered on the sacred vine.

With colors flying in the breeze,
stout poppies stand in full array.
Brined roots draw horror from the ground,
releasing it to light of day.

The horror and the loss, the loss.
Destruction never counts the cost.
Freedom remains an aching need.
The soul and body bleed. They bleed.

On this and every Veteran’s Day, my heart is filled with gratitude for
all who have placed themselves in harms’ way to serve the cause of freedom.

The origin of the red Flanders poppy as a modern-day symbol of remembrance
was the inspiration of an American woman, Miss Moina Michael.

In Memoriam: A Plea for the Soldiers