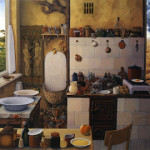 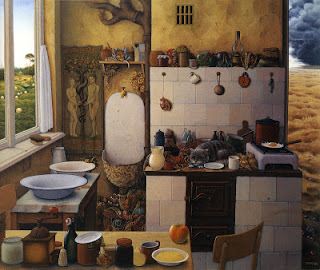 Image: Between Heaven and Hell by Jacek Yerka

My kitchen is perched between heaven and hell,
but it leans in the latter direction.
The dishes I’m cooking are don’t ask, don’t tell
with abstaining the only protection.

The oven yawns open, though it’s on the blink,
as it waits for my latest disaster.
I ought to just chuck the whole thing in the sink
and dispose of the mess that much faster.

But no, I must bake it. The urge is that strong.
Can food go from infern- to supernal?
I’ll add Pepto Bismol for luck (am I wrong?)
with a sprinkle of hope springs eternal. 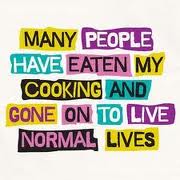 Others, of course, were not so lucky…

The Go-To-Girl Got Up and Went