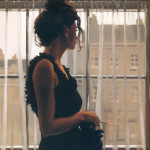 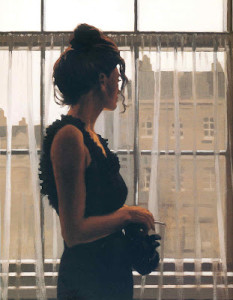 Veiled in dreams that once came true,
the memories steal over you.
They cross your face, invade your space,
leave little sense of time or place.

You gaze upon a graying sky,
see darkly through a curtained glass
and ask yourself each question why,
while letting every answer pass.

You’re all dressed up, nowhere to go.
A world is aching for your touch.
You’re Jane Doe waiting for Godot,
as empty as the purse you clutch.

“I said nothing for a time, just ran my fingertips
along the edge of the human-shaped emptiness
that had been left inside me.”
Haruki Murakami

“Mad – empty – crazy – lost – dying…
I was all of these things and nothing as well,
because even though I breathed and moved,
I was not alive.”
Melanie Cusick-Jones

Not Yet a Bust