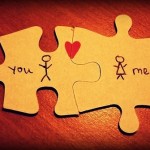 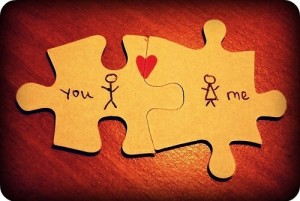 In marriage, two become as one in spirit.
Sharp edges merge and flow between the lines.
Hearts soften, swell, and sweetly meld together,
a living testament to love’s designs.

As man and woman grow toward each other,
they shape themselves to fit, each form and curve.
In yielding, they join their lives and spirits,
then bend and grow, that union to preserve.

The temple binds and seals two souls forever
and makes of God a partner in their love.
Thus wedlock begs no key but guards a treasure
created by endowment from above.

Each couple forges interlocking pieces,
assembling the puzzle of their days.
They build a home unto the Lord, a family…
and doing so, they come to know His ways.

Reflections in the Sealing Room

A Family is Born