Up the stairs with golden dust 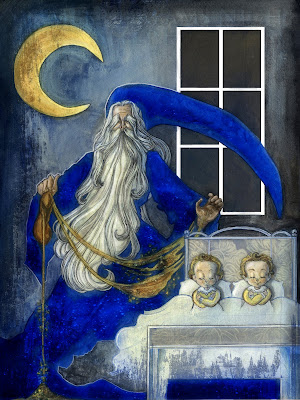 He sprinkles magic from his hand 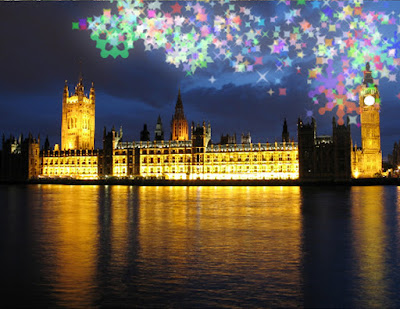 until the whole world sleeps. 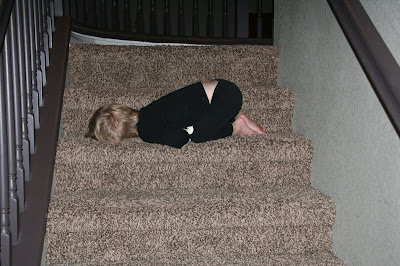 I’ve always been more than a little bit enchanted by Sandman lore. You see, my mom was an expert at describing that delightful character in magical ways, and I used to try very hard to stay awake in hopes that I could catch him in the act of sprinkling stardust in my eyes to help me sleep. No such luck, though. Maybe I should keep trying???

(I think this little picture of my grandson provides the perfect ending to this poem!) Apparently, the Sandman got to him before he even hit the bed…