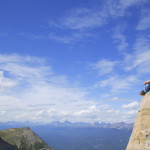 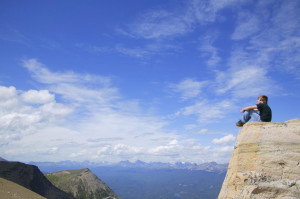 Who looks at the world
from a soaring height
with a lofty point of view
sees less of despair
than another might
and understands more
of what’s true.

“If you look the right way, you can see that the whole world’s a garden.” – Frances Hodgson Burnett

“Often it isn’t the mountains that wear you out; it’s the little pebble in your shoe.” – Muhammad Ali

“One’s destination is never a place but rather a new way of looking at things.” – Henry Miller